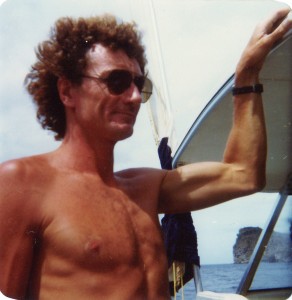 Allan’ Kaf’ Smith was well known to all of us working in the environmental conservation field.  He was a pioneer of appropriate technologies to survey the state of the coastal marine environment.  He built kites rigged with cameras to take aerial photographs of mangroves to assist in determining their state of health and map out changes in extents in response to human-induced pressures and deforestation. He effectively demonstrated how geographic information systems (GIS) could be used at the community level where he got fishers, schools kids and community members in the Laborie community in the south of Saint Lucia to use simple GIS applications to map and describe the world around them, and empower them into action in conserving their environment.  I met Allan in the mid 1980s before I went off to university, and worked with him again (from 1992) when we (at the Forestry department) ran the community/extension forestry programme that was initiated under the CIDA-funded Forestry Management Programme.  In recent years I collaborated with Allan on use of GIS tools for natural resources mapping and often shared ideas on the subject of making this versatile technology more accessible and usable by managers and resource users.  In 2005 we designed and conducted a regional training for the Caribbean Natural Resources Institute (CANARI) for natural resource managers from across the Caribbean on GIS applications for terrestrial and marine environmental assessment.  Even while he was ill and in hospital overseas, Allan was exchanging ideas on comparative aerial mapping of the ManKote Mangrove in Saint Lucia for a report he was working on.

Kaf passed away on 24 March 2010 in hospital in the UK after a battle with cancer.

This article was compiled from tributes (some bits extracted verbatim) from the Caribbean Natural Resources Institute (CANARI) and Reef Check, NGOs Kaf worked closely with.  These are posted online at http://www.canari.org/news10.asp and http://www.reefcheck.org/news/news_detail.php?id=601.   His good friend Yves Renard, one of the founding members and Associate of CANARI also contributed content to this article with photos contributed by family members and close friend Jolien Harmsen (click on the photos to enlarge).

Allan was originally from Zimbabwe, having obtained his BSc in Botany from the University of Aberdeen in 1971. He was awarded an MSc from the Institute of Oceanography, McGill University in 1979, for his thesis entitled ‘Mariculture and polysaccharide chemistry of the red alga Gracilaria tikvahiae‘.  He first came to Saint Lucia in the early 1980s to work on an IDRC-sponsored project on seaweed cultivation, and soon after began to offer his services to ECNAMP (Eastern Caribbean Natural Area Management Programme), the forerunner to the Caribbean Natural Resources Institute (CANARI), making his outstanding photographic skills available to the Maria Islands Nature Reserve in Saint Lucia and providing expertise to many field projects.

In 1985, he joined the staff of ECNAMP, and he remained closely associated as a marine research scientist and Associate of CANARI until his death.  Allan was a long-term supporter of Reef Check; since 1999, he was a Team Scientist and Coordinator forReef Check St Lucia, organizing and participating in many surveys, and heading an International Reef Check Workshop in 2001.  He was an accomplished underwater photographer, and ran his own consulting business Resource Management Technologies Ltd., focusing on the assessment and mapping of coral reef and mangrove systems, and provision of training in participatory mapping and participatory geographic information systems (PGIS). 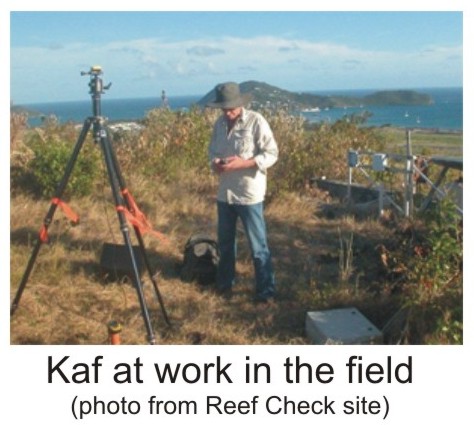 Based on his initial research work, he pioneered the development of appropriate techniques for seamoss cultivation in St Lucia forging close bonds with fishers and farmers in coastal communities in St. Lucia and across the Caribbean, as he passed on his wealth of knowledge on seamoss cultivation.   He was also very involved in promoting the sustainable use of mangroves, assisting in helping communities (example the Aupicon Community in St. Lucia) manage controlled harvest of mangroves for fuelwood.  CANARI writes “He was rigorous and focused, always anxious to explore new concepts and use new instruments, always wary of superficial and trendy ideas. In an organisation that has, for most of its existence, focused on the “soft” aspects of natural resource management, such as governance and participation, Kaf was the voice of science and measurement, the advocate of rigour and method, the link between scientific and popular systems of knowledge.  Being in the field with him was exhilarating. His enthusiasm for whatever technology he was developing at that time was infectious, he had so much interesting knowledge to share, and bumping along in his trusty Land Rover on the way added to the feeling of adventure.” 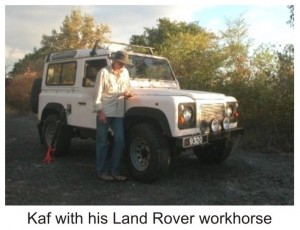 Reef Check reflects “Allan was always happiest in the field whether researching, mapping, working with community groups or teaching (or all four at once). Yet he was equally at home in front of the computer screen generating maps from Mapmaker and writing manuals. He was a humble man, but contributed immeasurably to the development of an environmental consciousness, especially among local fishers and community groups.”

In his honour CANARI has decided to create the Allan Smith memorial participatory mapping course, a training event that will be held periodically and will help disseminate the methods and approaches that Allan Smith believed in and developed.

Share your memories of Kaf by posting on my blog below.