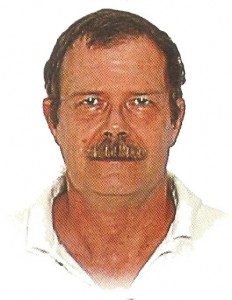 I met Jim Sparks through my involvement with the Saint Lucia Naturalists Society (SLNS) in the mid-1980s, an NGO dedicated to the research and conservation of the ecology of St. Lucia.  In those days I accompanied Jim and fellow ‘greens’ of the SLNS including the likes of Marie-Louise Felix, Crispin d’Auvergne, Donald Anthony, Lyndon John, Anslem Gittens, Lenita Joseph and others on many turtle watches on Grande Anse assisting and tagging leatherbacks.  I always admired Jim for his perseverance and his staunch convictions in protecting St. Lucia’s environment and was amused by his wit and fascinated by his never-ending pursuit of the ‘next best thing’ whether he was talking about bucky-balls or development of world-changing software applications.  He passed away on 25th February 2010.  He was 66 years old.

I put together this piece with assistance and contributions from Maria Grech, former partner and close friend of Jim, who is best known for authoring the BushTalk Voice newspaper supplement during the 1980s for the Forestry Department.  Maria recalls Jim building a large wind turbine on Dennery Beach to generate power many years ago; she also recalls his hang-gliding exploits off the slopes above Donkey Beach on the island’s northeast Atlantic coast.  She remembers on one occasion Jim crash landing, going right through a huge stand of organ pipe cactus. “He had so many spines in him his helmet was pinned to his head and we were taking them out with pliers. Lots of laughs…”  A reflection of Jim’s indomitable spirit. (click on the photos contributed by Martina and Keffie Sparks and Maria Grech for larger views) 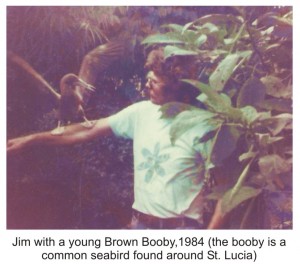 James R. “Jim” Sparks came to St. Lucia from his native USA in 1976 where he helped run the family business, the now closed Mayfair garment factory at Bisee, Castries.  He helped form the St. Lucia Manufacturers Association and the National Appropriate Technology and Energy Council.

He became involved with the Saint Lucia Naturalists Society (established in 1978, presently in hiatus) where he was an active member, and was best known for championing the protection of the magnificent leatherback turtle, the world’s largest marine turtle that nests mainly on beaches along St.  Lucia’s rugged Atlantic coast.   Due to his work with the leatherbacks, Jim became affectionately known as ‘Papa Kawet’ (Papa Turtle).  He spearheaded turtle monitoring activities at Grande Anse Beach from 1985 with the Saint Lucia Naturalists Society where over the years he tagged scores of female leatherback turtles as they returned to Grande Anse Beach annually to lay their eggs. 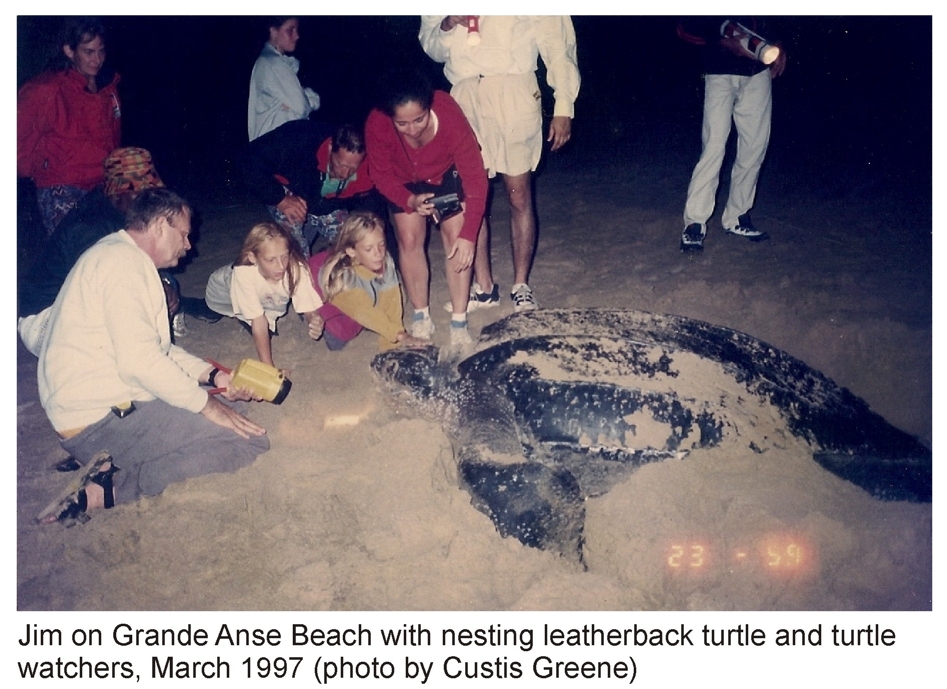 His work greatly assisted the Fisheries Department to amass records on nesting and contributed to marine turtle conservation in the wider Caribbean.  He also trained several young community members in the nearby Desbarras community who would eventually become organized, with the assistance of Dr. Marie-Louise Felix, then employed by the Fisheries Department, to organize into a fledgling ecotourism association engaged with turtle watching tours to Grande Anse Beach. 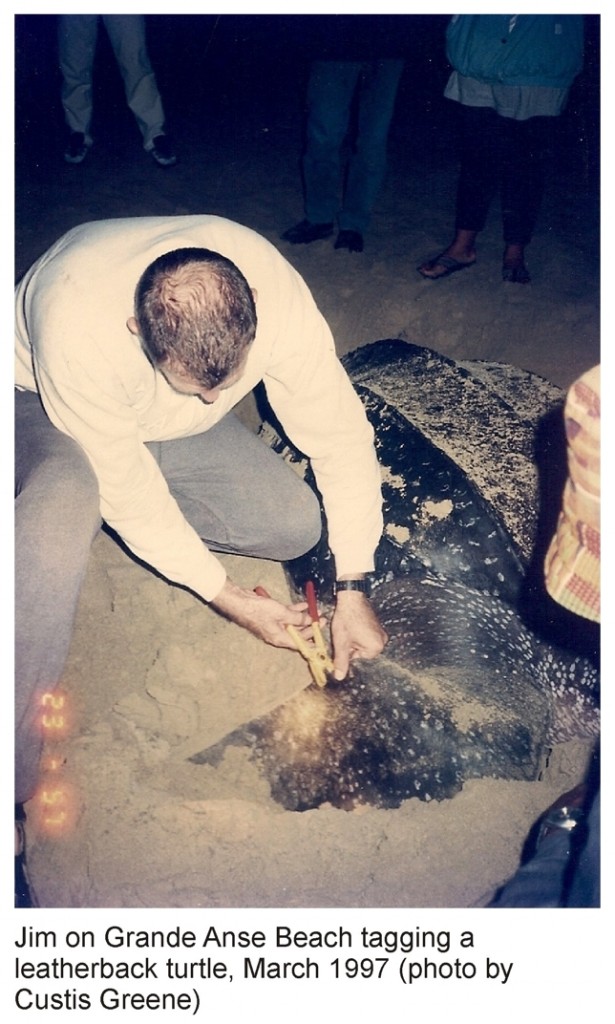 He fought tirelessly to put and end to the destructive practice of sand mining from Grande Anse Beach and remained at the forefront of efforts to protect the wider Grande Anse Estate, a biodiversity hotspot on the island that is also home to several rare and endangered species of animals and plants.  Jim served as Chairman of the Saint Lucia National Trust during 2000 and remained active with the organization serving on various sub-committees until his untimely death in February 2010.

Jim was an avid inventor, designer and innovator, who kept busy designing and building wind generators, solar panels, geodesic domes, and a hovercraft, amongst other things.  During the 1980s he actively promoted the adoption of alternative technologies (ATs) on the island, having had a significant hand in the organization of Atech ’82 that was hosted in the village of Anse la Raye for a whole week, where the site became a show place for every type of AT device.  Experts in various fields of ATs came from all over the Caribbean to build and demonstrate useful alternative technological devices.  In recent years, his professional career was devoted to designing and writing software applications specializing in hotel inventory control systems and online gaming applications.  His software companies included Computer Power Ltd, Tropical Software and Quantic Service Group Ltd. 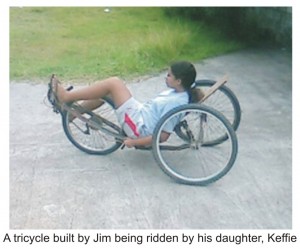 While Jim’s legacy on the environmental conservation landscape in St. Lucia remains, challenges persist as the beaches that the mighty leatherbacks nest on, including Grande Anse Beach, are still threatened by wanton sand mining and at times brutal slaughter of these endangered creatures for harvest of eggs and meat.

Jim is survived by his sister Patti, wife Martina and daughter Keffie, and son, Rusty from a previous marriage.

Share your memories of Jim by posting on my blog below.